Theodore Major was born in humble circumstances in Wigan, Lancashire, settling there from 1950 with his painter wife, Kathleen at Appley Bridge. He attended the local art school between 1927-1932, and taught there between 1930-1950.Major was a fervent Lancastrian, he was against materialism, the commercial gallery system and the sale of his pictures to rich collectors.

He retained about 3000 of his pictures which he said were painted for ordinary people, not money. He hated the commercial art world and disliked dealers selling his work. Art critic John Berger called Major's pictures "among the best English paintings of our time" He painted in a wide range of styles "to disturb and extend consciousness in the mind of the viewer".

He was president of the Wigan Art Club which he founded in 1952. He exhibited in Nottingham, Bolton, Manchester and had Arts Council sponsored solo exhibitions at Carlisle and Blackburn Art Galleries and in 1984 at Salford Art Gallery which holds his work.


His paintings are now being discovered and admired by art collectors, particularly his vibrant flower pieces and his powerful industrial scenes.

Major retrospectives of his work were held at Salford Museum and Art Gallery in 2003 and Gallery Oldham in 2008.

Born in Wigan, one of seven children. Parents both worked in a cotton mill.

1921
Left school to work in a tailors shop. Deteriorating health.

1925
Had already suffered three bouts of rheumatic fever., no longer able to work. Began to study at art school in the evenings.

1929
Took up a teaching post at Wigan Art School after completion of studies, awarded Governor's medal for best student.

1940
Married Kathleen Ainscow, whom he had met at Wigan School of Art.

1941
Homeless, when asked to leave the flat they rented. Lived with Kathleen's parents in Wigan. Theo had a garret room in which to paint.

1944
Daughter Mary born. Contributed works to the Northern Artists Exhibition at Manchester City Art Gallery. Developed his
ideas for helping children with their artwork. Began The Major School which
involved Saturday classes at home for youngsters and organised exhibitions.

1947
One day exhibition at Mid-day Studios. Two paintings unexpectedly accepted for Manchester Academy. Member of Society of Modern Painters and exhibited five paintings with them.

1948
Further one man show for the Mid-day Studios. His painting Kippers was included in the summer exhibition of the Redfern Gallery in London alongside works by Picasso and Henry Moore.

1950
Moved to Appley Bridge where he would live for the rest of his life. Exhibited at the Manchester Academy. Exhibition in Carlisle sponsored by the Arts Council. One man show at the Mid-day Studios.

1951
The Mid-day Studios closed due to financial problems. Exhibition Two Lancashire Painters sponsored by Arts Council featured Lowry and Major and was held for two months at Bolton Art Gallery. Became member of the Manchester Academy of Fine Arts. Short spell in London producing cartoons for the Daily Mail.

1952
Exhibited with the Manchester Group at Manchester City Art Gallery, organised by Margo Ingham. One man show at Peel Park, Salford. Founded the Wigan Art Club, which met above a pub called the Crofters Arms.

1953
Painters Progress an exhibition of the Manchester Group at Peel Park Salford.

1954
Major showed with twenty artists who formed the Lancashire Group of Artists. His Old Woman from Wigan is included in Arts Council Life in Industry exhibition. Founded The North West Federation of Art Societies (NWFAS)

1956
Resigned from the NWFAS. Gradual withdrawal from the art world, but painted with intensity.

1958
Shared exhibition with the Crane Gallery in Manchester.

1961
Exhibited at the Graves Art Gallery, Sheffield. His important series The Cruxifiction of Mankind dealt with the consequences of atomic warfare.

1964
Exhibited 39 works at a jewellery firm in Bolton. Critical acclaim from the Daily Telegraph. Had the opening exhibition of the Mercury Gallery, Cork Street, London.

1966
Exhibition at the Stone Gallery, Newcastle with others in The Ambience of the North1967
Exhibition of industrial scenes at the Tibb Lane gallery, Manchester.

1971
Exhibited at the unfinished Liverpool Anglican Cathedral. His Head of Christ much admired.

1980
One man show at the Turnpike Gallery, Leigh. 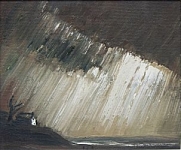 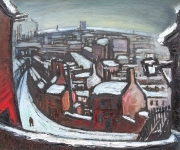 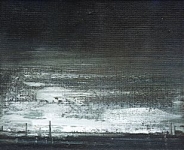 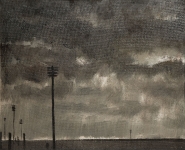 Head of a Woman 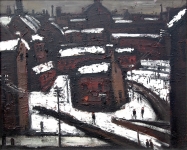 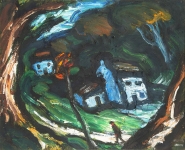 Country Cottages in a Dell 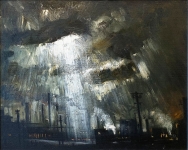 Factories at Wigan with Shaft of Light 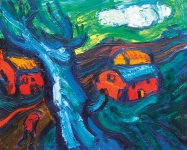 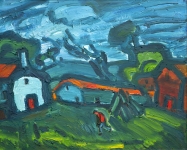 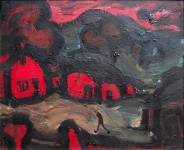 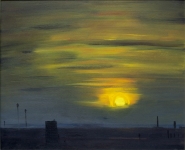 Figures in a Sunset Landscape 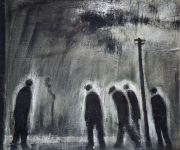 Figures in the Street 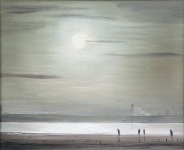 Figures on the Shore

Oil on Canvas Board 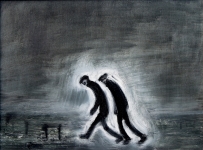 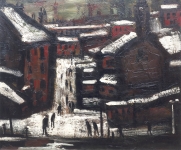 Houses In The Snow Wigan 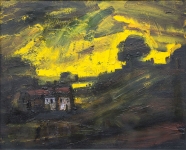 Landscape with a Yellow Sky 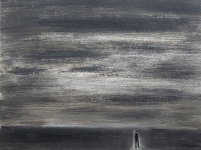 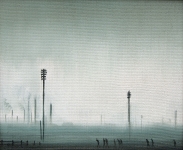 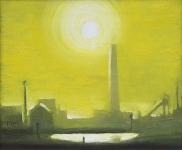 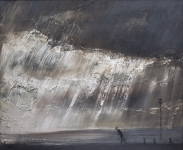 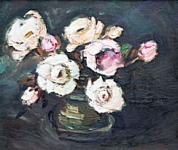 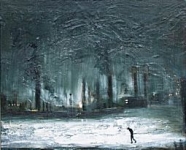 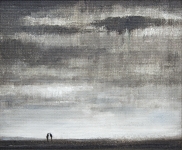 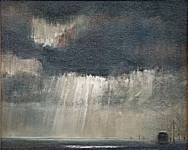 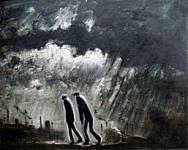 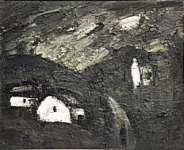 White Cottages in a Lancashire Lane 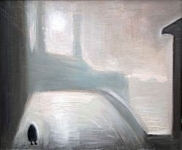 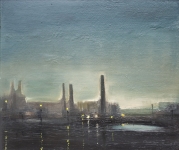