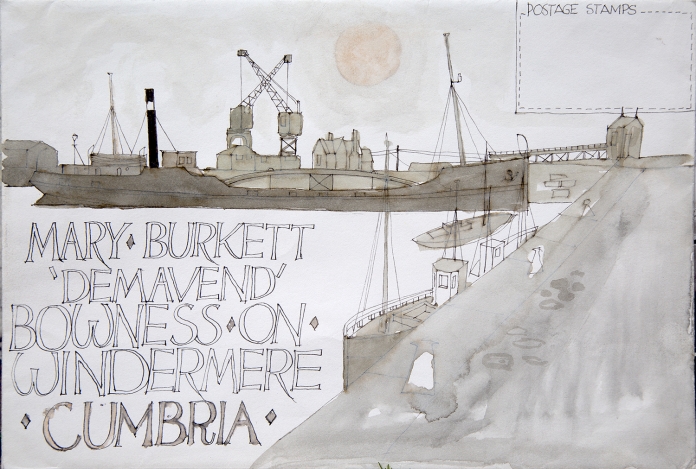 Mary Burkett was a recognised world authority on Cumbrian Art and for 20 years was director of Abbots Hall gallery in Kendal. She was a great supporter of the troubled artist Percy Kelly and he corresponded with her regularly in the form of painted letters. This is a painted envelope from one of the letters he wrote to her.

Percy Kelly, like Theodore Major rejected numerous approaches from important galleries to show his paintings and he only sold a small number of works during his lifetime.

Despite the hardship, the nervous breakdowns, the despair, the complex personality, it was a life lived with an obsessive tenacity and intensity. The book Dear Mary, Love Percy: A Creative Thread - The Illustrated Letters of Percy Kelly to Mary Burkett is available from the gallery.