Born in Oldham and essentially self-taught, John Thompson paints groups of figures, cloth capped and anonymous, that loom, loiter, parade and parley in that obscure way that baffles children.

He is now compared to other, better known northern artists such as Theodore Major, Harold Riley and the man himself, L. S. Lowry. This recognition has taken time to develop, but in the last 7 years of his life John enjoyed enormouse commercial success.

John was born into a typical, almost clichéd, working class environment. Everyone knew everyone else and everyone was poor. His parents met after his father demobilised from First World War duties. Moving to settle in Oldham, his father became a builder, working locally for the railways; a comparatively safe and steady job in the poverty and unemployment stricken thirties. John was the only surviving male child and as such he was expected to leave school and get a job as soon as he was able. And so he did, and the next forty plus years were spent in varying kinds of employment, where his talent for painting played only a minor but nevertheless reoccurring role.

However, the inclination to be creative was always there, and through the years and many jobs, John was to be found painting or drawing, from tourist advertising posters for the local railway to canvases for room settings in furniture shops. Formal training was represented by five years of evening classes in life drawing.

John did not spend long in any of his jobs: a quick glance at the CV gives a picture of the vagaries of the furniture trade, the economy and the man's own restlessness. His fans are eternally grateful that yet another redundancy, this time at the age of fifty-six, was just one too many and John decided to become a full time artist. This new career did not start well: a nine month stay at the Corn Exchange in Central Manchester famously made only enough money to refill the calor gas heater needed to heat the room! Nevertheless, John kept going, a move to the Alexandra Centre in Uppermill was to mark the beginning of success and a build up of a faithful following. For the next few years this happy band of collectors felt they were in on a secret that the world had yet to discover.

John's output is highly eclectic, deriving ideas from many different subjects. But his central theme is that of groups; groups of working men who seem to be, well, waiting. Waiting for a job? Waiting for a handout? Or perhaps just waiting for a change in fortunes for the northern working man. The power in John's work lies in allowing the observer to add to the experience themselves: to find their own meaning in the images he creates. He has now painted several thousand of these 'Group Series paintings. Although the poverty immanent in these images has contributed to the 'northern painter' label, they speak for all working men, at all times.

John has achieved great success and critical acclaim over the last few years, his work is widely collected both at home and abroad. He has had successful one man shows in Manchester and in 2002 three of his paintings were purchased by the House of Lords in London and are now hanging in the Committee Rooms.

A book on Johns' life and work entitled JOHN THOMPSON - "Do you like 'em then" was published in March 2006 and has become a best seller. Since the book was published he has become one of the best selling artists in the country and has been the subject of features on Channel 4 and Granada TV. He has also attracted major national press publicity and had been hailed as "The New Lowry" by the Independent. In the past few years, major exhibitions of his work have been held in Manchester, London, Falmouth, Burford and Hale and paintings have sold for up to £15,000. 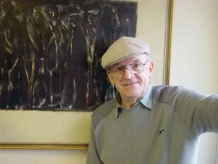 American Issue No I 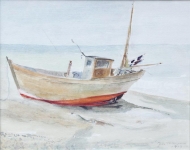 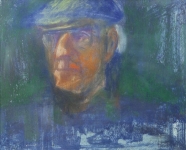 Green and Blue Self Portrait 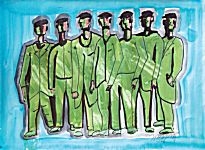 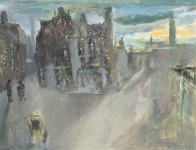 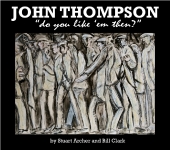 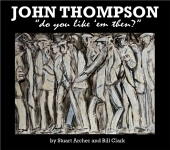 JOHN THOMPSON - "do you like em then?" Limited Edition 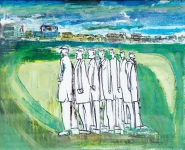 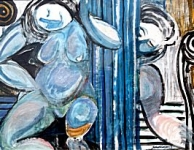 Towards Snowdon On The Nantlle Road 1976 ( Welsh Valley Scene ) 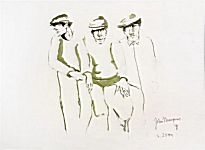 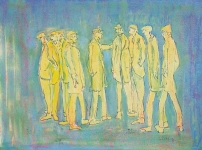 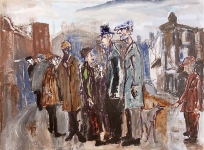 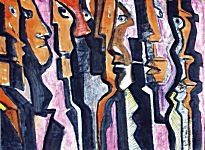