Liam Spencer was born in Burnley in 1964 and is now one of the leading figures in Northern School Art. He completed a Foundation Course at the Burnley College of Arts and Technology and then went to Manchester Polytechnic where he graduated with a BA (Hons) in Fine Art.

Although Liam Spencer had already exhibited regularly and widely (Burnley, Guilford, London, Manchester, York), his solo exhibition at the prestigious opening of the Lowry in Salford in 2000 was so successful that his name has subsequently been linked with the urban panoramas of Manchester and Salford. This exhibition at The Lowry Centre exhibition firmly established his reputation as one of the leading artists in the North West.

Liam Spencer is best known for his urban landscapes of Manchester and Salford, he paints familiar scenes and buildings, creating extraordinary pictures of bridges, canals, motorways, industrial buildings, rooftops, traffic and the city at night. He is an artist who sees something fresh and interesting in the everyday life of the city. He paints from what he sees on the street, often on the journey from home to his studio, using a camera to record fleeting impressions. He often colours his canvas with the gleaming reflections caused by car headlights, and the glistening roads and buildings constantly dampened by our Northern climate.
He has painted the Mancunian Way many times, at different times of day and in different weather conditions. The now defunct Odeon Cinema on Oxford Road, Albert Square, Urbis and Victoria Station all appear in his pictures and capture the city's constant transformation.

In 2002 and 2003, Spencer painted a series of pictures in New York based on digital photographs he took there. Times Square in the rain is painted in all its vibrancy, with its traffic, streams of pedestrians and billboards. Spencer's most recent series of paintings are scenes of cities in China; the hustle and bustle of the streets and waterways of Hong Kong, Shanghai and Beijing are captured with the artist's trademark use of colour and light.
In 2006 he exhibited From Manchester to Shanghai at Manchester Art Gallery, and was the subject of a 30 minute documentary on BBC NW, A Picture of Manchester. He also had retrospectives at Salford Museum and Art Gallery in 2011 and Gallery Oldham in 2012.

Liam Spencer finds beauty in what others might consider banal, from canals and chip shops to motorways and modern buildings. In his hands, a drab and dreary city scene on a wet and miserable day can appear beguiling and beautiful.

Liam is often most frequently associated with images of Manchester, but he doesn't see himself as primarily a Mancunian artist. His iconic paintings of New York are now as popular as his Manchester Scenes. He has also painted scenes of Cornwall, Venice, Shanghai, Bejing, Istanbul and Rome. He has recently produced a series of black and white ink paintings made up of individual sections. These have proved to be very popular with collectors


What makes looking at Liam Spencer's paintings today so refreshing is that they very simply and confidently belong to that rarest of all traditions - the tradition of good painting.
Bridget Riley 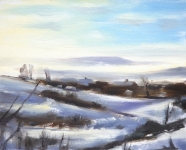 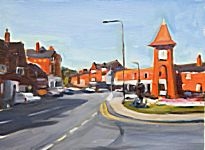 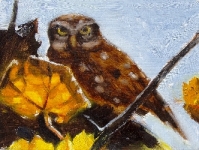 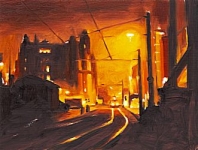 Traffic in the Rain II 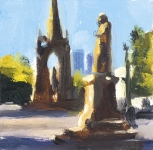 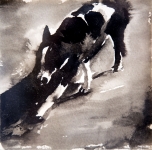 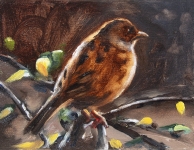 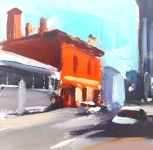 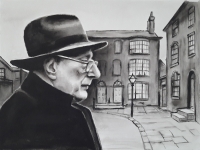 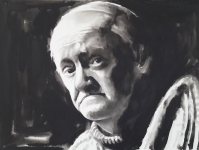 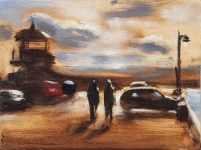