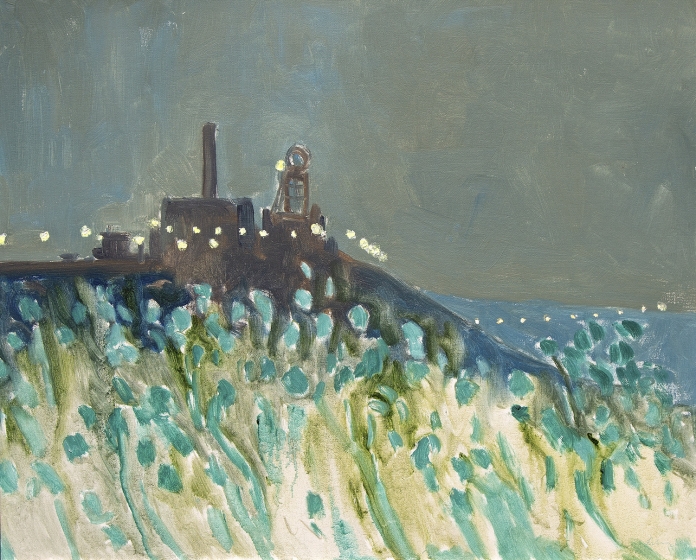 The accompanying letter retained by the family, written and signed by the artist, dated November 1972, states that the subject is a 'coal mine in Salford' and worth at the time '£500'. The following note is provided by the vendor:

'Our grandmother died in the late sixties and left my brother and I a little money. We were teenagers and our parents encouraged us to invest it in some art as a permanent reminder of her. At the time, in Manchester, our mother had seen and liked some work by Harold Riley. She contacted him and we went to see him in his studio in Salford. The works were primarily of industrial scenes of the North West and my parents bought two landscapes which stayed with my mother until her recent death. My brother bought two charcoal pictures of Salford which are still in his possession and was given a small sketch as a gift.

I was less keen on the bleakness of the works.

Harold suggested I sit for him and if I liked the result, I could buy it and if I didn't it was also ok. I was 15 and loved the idea. In the end he did 3 pictures. One hangs in my dining room and my mother bought the other two.

Now, with 2 staying in the family, it is enough hence the sale of the third.'