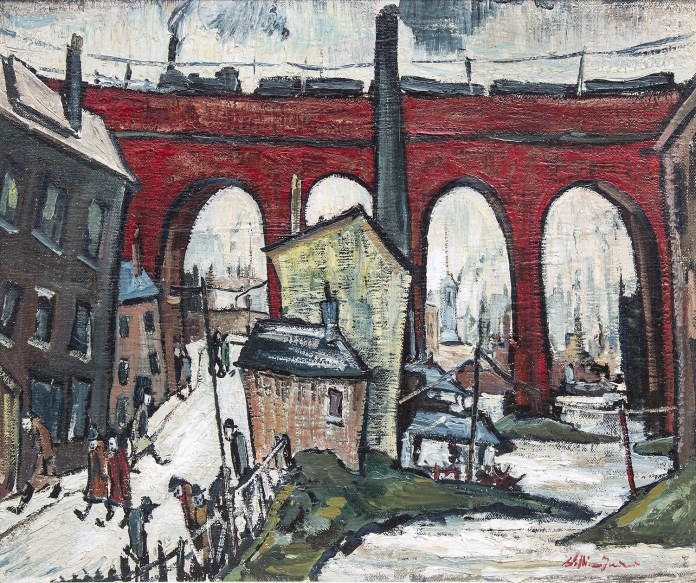 Images of Stockport and particularly the Viaduct dominated William Turner's output for over 50 years. He first starting painting it in the 1950s when he was in his thirties and he continued well into his eighties. When asked why he'd done so many paintings of the viaduct, his reply was:

You can't do many pictures of Stockport without the Viaduct

Most of these paintings show a steam train crossing the viaduct, even though the line has been electrified since the 1960s.