Reg Gardner was born in 1948 in Prestwich, Manchester. At the age of 12 he won his first Art Competition in the Manchester Evening News and Chronicle. At the age of 14 he won a Scholarship to the High School of Art , Manchester. He continued to study art and to teach himself by observing the works of past masters in public galleries. He exhibited first at the Colin Jellicoe Gallery in Manchester in 1969 and exhibited there many times over the next thirty years. Most of his one-man shows were sell-outs. Between 1973 and 1980 he exhibited at one-man and mixed shows at Stockport Art Gallery, Rivington Great House, Cancer Research Charity Show, attended by David Hockney,


Manchester Academy, Chenil Gallery, Kensington, London, the National Theatre, London, opened by Sir Ian McKellen, the Barbican Theatre, London and the Watermill Theatre, Hampshire. Since then, he has exhibited mainly with Colin Jellicoe Gallery, Manchester and with Dot Almond at the Great House, Rivington.

Reg has an amazing ability to depict his native Manchester and the urban landscape of Lancashire in a warm, impressionist style that cleverly evokes a feeling of nostalgia. 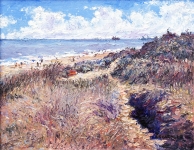 A Path to Winteron Sands 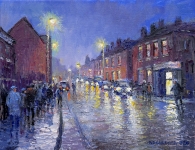 After The Match Bradford Road

Coming Home in the Snow 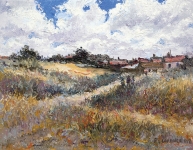 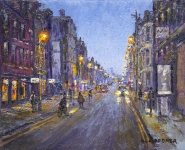 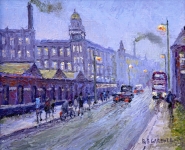 Moon and Stars Over Docks 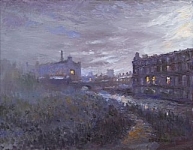 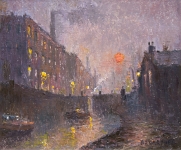 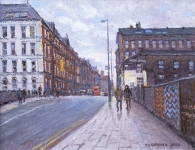 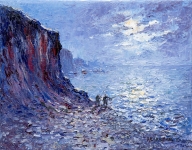 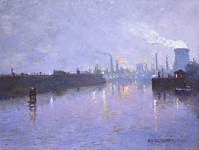 Stanlow in the Mist 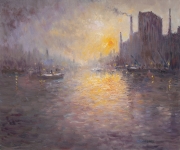 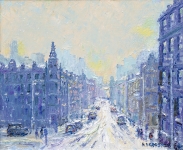 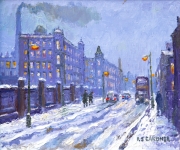