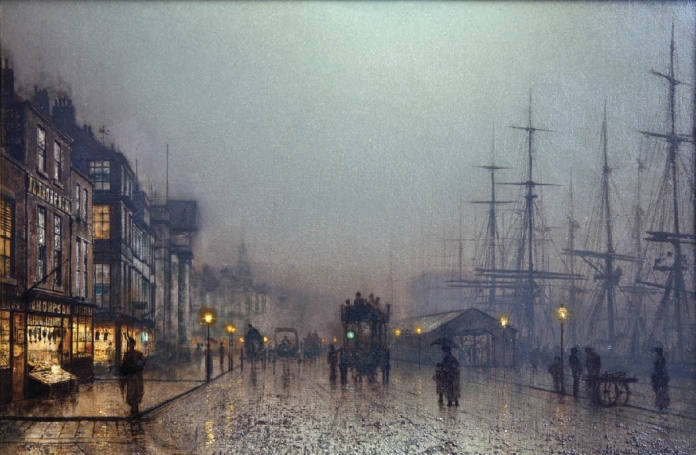 Grimshaw was famous for his night scenes, in particular for his views of the docks at Liverpool, Glasgow and Hull. Here he concentrates on the golden glow cast