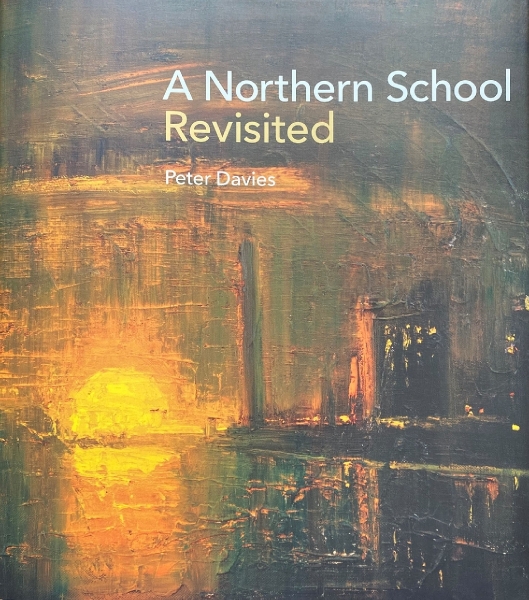 This lavishly illustrated 240 page book is an update on Peter Davie' iconic 1989 book "A Northern School". It is the definitive reference book for anyone interested in the history of northern art and it has already become a best-seller.

Notes from the dust jacket:

L.S. Lowry's spectacular rise to superstardom among the pantheon of major European artists of the twentieth century has spawned in its wake a regional school of artists similarly inspired by the northern industrial landscape. The drama of that landscape met with expressionistic or naive and poetic responses,
a mix of documentary realism and idiosyncratic poetry. Despite Lowry's influence a northern school of painting was a perhaps inevitable sequel to an artistic infrastructure laid down during the nineteenth century with mill owner philanthropy. The regional public art galleries, art schools and the fine art academies were a fitting legacy that in the wake of this Victorian vision led to the richness of art in Lancashire over the last century and more.

When it first appeared in 1989 the acclaimed book A Northern School was groundbreaking. Among the artists featured like Theodore Major, Roger Hampson, William Turner and Alan Lowndes there has been a marked rise in their esteem and popularity. In this substantially revised and expanded volume the story is taken to the present day with features on new northerners like Liam Spencer, Ben Kelly and Stephen Campbell.
This lavishly illustrated volume chronicles a century of art in two great northern cities, Liverpool and
Manchester, that have benefited from longstanding Academies. Manchester Academy stalwarts like Henry
Lamb, Tom Dugdale, John Park and Charles Cundall gave status while after the war a new generation included socially active painters like Emmanuel Levy, Ian Grant,Harry Rutherford and Terry McGlynn. The
lively Manchester art scene after the war saw the entrepreneurship of the indefatigable Margo Ingham.

In the neighbouring but strangely contrasting city of Liverpool a different art scene showed more avant-garde
adventure and 1950s artists like Arthur Ballard, Nicholas Horsfield and the mercurial Stuart Sutcliffe followed the tachist abstraction of the Ecole de Paris. By the 1960s Liverpool artists such as poet painter Adrian Henri, Maurice Cockrill, Sam Walsh and Don McKinlay entered a dialogue with American Pop.

Covering the multifarious talents of Lancashire artists over a hundred year time frame, this near definitive reference book is and will remain an essential source for anyone interested not just in northern art but in the
rich tapestry that is British art as a whole.