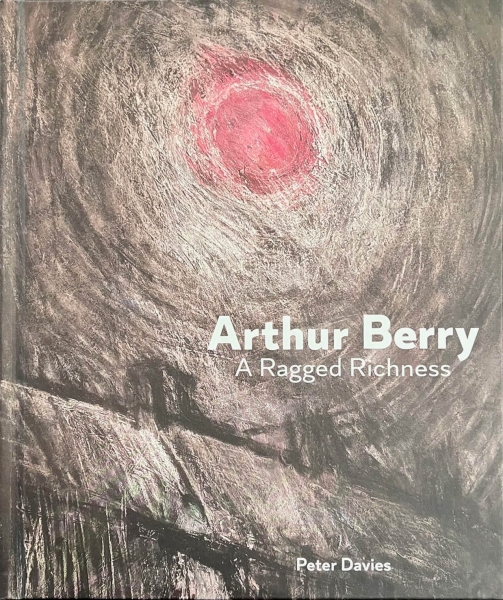 Smallthorne born Arthur Berry (1925-1994) was a versatile and extravagantly gifted artist whose unmistakeably idiosyncratic and expressionistic pictures - a tactile cross between scratchy drawing and gritty caricature painting - were accompanied by successful creative forays into poetry, playwriting and autobiography and recorded monologues.

"There was a seamless symbiosis between these separate yet thematically overlapping disciplines, each put to the service of a wry, affectionately-observed late industrial realism related to the Potteries in general and to Burslem in particular. His gently satirical, if at times slightly grotesque, work is an uncanny cross between Lowry's northern realism and Dubuffet's art brut 'outsider' art. The result is a stylistically hybrid and a marked individuality of expression that links him to a putative 'northern school' while touching on a cosmopolitan mainstream."

"Trained at the RCA, London during and after the war, Berry in turn became a senior lecture at North Staffordshire Polytechnic where his characteristic combination of provincial localism and heady cosmopolitan intellectualism rubbed off on countless students in his warmly engaging and charismatic charge.

In this important monograph, Peter Davies expertly shows anew the startling artistic richness of Arthur Berry original voices in paint, poetry, and drama. Tracing the artist's distinctive life, education and personality. Davies presents Berry moving in time and tune with the great currents of European and Northern British modernism, while rooted in Burslem, Stoke the Potteries.