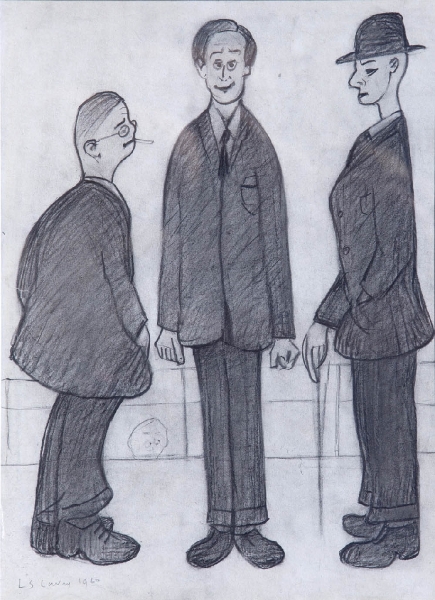 Aside from the title, there is little to indicate that the present work depicts the seaside. Lowry's only visual hint comes from the railings behind the three figures and so we assume they are positioned on the promenade with the water beyond. This lack of direct context serves to focus us, the viewer, solely on the figures and their character. This is not unusual for the time as during the 1960s Lowry was particularly interested in exploring single figures and the relationship between groups of figures in his art. The three men in At the Seaside are not necessarily communicating as a group with one another but appear as individual studies brought together and presented in a trio. The feint inclusion of a head peering out mischievously in the background adds a degree of humour and curiosity to the work.