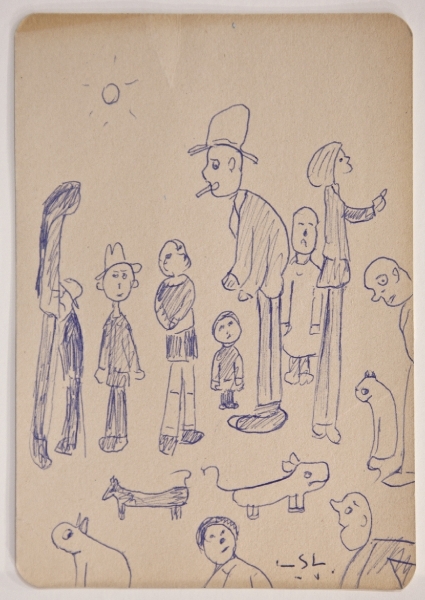 Purchased directly from the artist by Donald Rayner. Donald Rayner was an artist, teacher and significant figure within the Manchester art scene until his death in 1977. He was a member of a number of notable societies including The Royal Institute of Painters in Watercolours, The Royal Society of British Artists, he was fellow of the Royal Society of Arts and elected secretary of the Manchester Academy of Fine Arts. In addition, Rayner was President of The Society of Marple Artists and acted as art advisor to the Stockport Metropolitan Council. It was through these circles that Rayner and Lowry became acquainted in the late 1930s and remained close friends until their final days. Details of their last encounter accompanied by a photograph of the artists together can be found in Shelley Rohde's biography L.S. Lowry (Lowry Press, Salford, 1999, p.432-433).