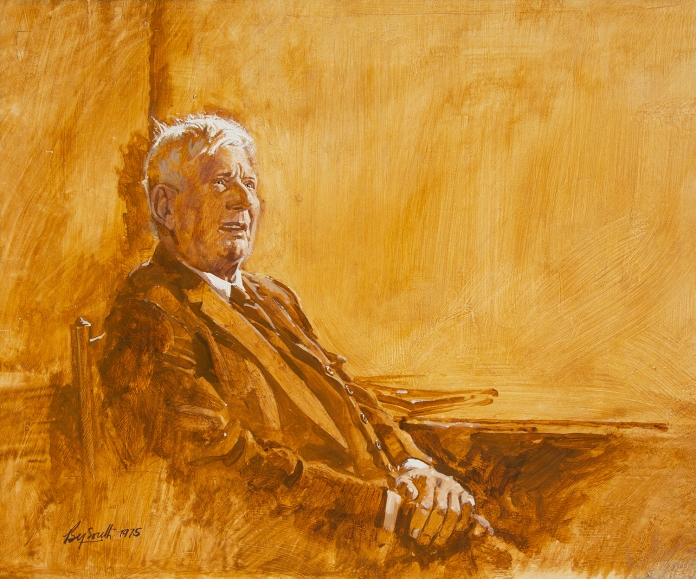 Acquired directly from the artist by film producer Philip Clayton-Thompson

In 1973 filmmaker Philip Clayton-Thompson made a documentary about L.S Lowry - L.S. Lowry - The Industrial Artist which was broadcast by the BBC later that year. The producer commissioned artist Brian Bysouth to paint a portrait of Lowry and this was subsequently used in the title sequence of the film. Brian Bysouth later became famous for painting a series of iconic James Bond film posters.

Philip Clayton-Thompson went on to win numerous film awards and now lives in the United States. In 1975 he acquired the original painting of Lowry from Bryan Bysouth and he recently contacted us to sell it on his behalf.


ENQUIRE ABOUT THIS ITEM